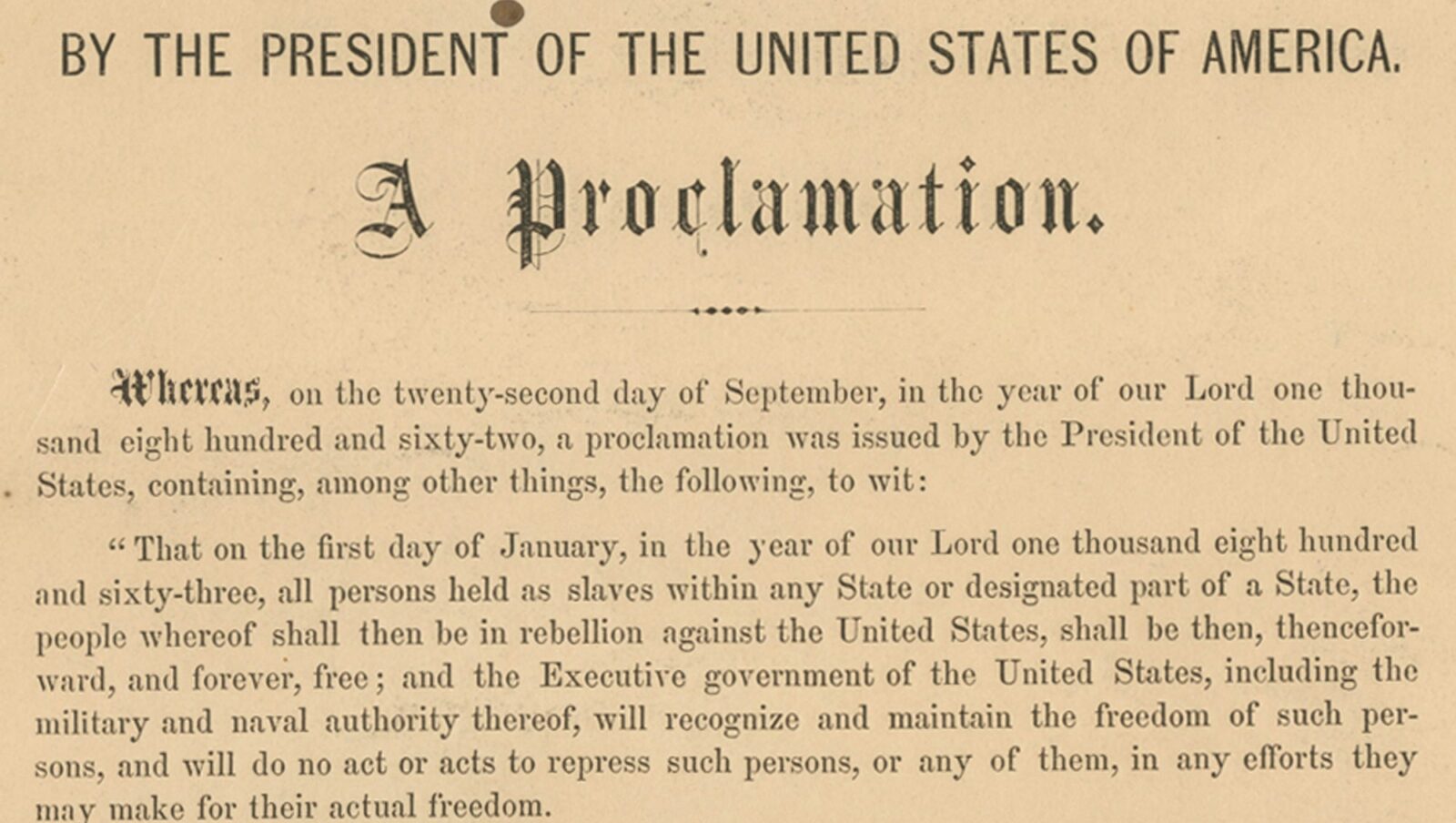 September 22, 1862, in the soldiers’ cabin on the battlefield of Antietam, a then young Abraham Lincoln summoned his generals. The Union Army was fresh from the victory over the Rebel Army led by General Lee. It was the first victory by the Union Army with southern troops advancing as far north as they would for the remainder of the war. Antietam Creek, outside Sharpsburg Maryland, became the site of the bloodiest single-day battle in Civil War history. It also created an alarm to many of the Union leaders that the south was a formidable force and keeping the Union together was for sure at stake.

If the north was going to win the war, new strategies would have to be devised and implemented. There was an option that had been suggested before but, as efforts continued throughout the war to bring the south back into the Union, the North was reluctant to impose policies that would enrage the south more. This discussion was around slavery and how slave labor was fueling the southern army’s success.

The north argued that the south was able to utilize their slave labor to support their war efforts. Slaves were a source of free labor to provide services such as cooking, sewing, building shelter and many other functions that did not have to be filled by a white man. This allows more of their troops to focus on combative duty. Thus, even though by this time the north had more troops, effective fighting forces were equal.

Since the start of the war, the northern army had been receiving fugitive slaves that found their way to Union lines after escaping their enslavers. The army was reluctant to return these slaves and often put them to work doing similar jobs as their enslaved counterparts in the southern army. This was somewhat of a difficult situation for the northern government to navigate at the time. The north had refused to acknowledge the succession of the south. This meant that the northern government was trying to uphold laws and commitments with the south. One of those legislative acts was the Fugitive Slave Act of 1793 and the 1850 revisionary act that tried to keep the union intact by agreeing to return all fugitive slaves to their southern slave owners.

When the Union army decided to retain and not return slaves during the war, they were breaking federal law. This was angering southern slave owners and continued to drive the south towards succession. Earlier efforts to keep the slaves officially were met with skepticism. However, after the bloodiest day of the war and having seen the southern army reach Maryland, Lincoln hoped that his generals would support a proclamation to free all slaves within states and parts of states that were rebelling against the Union. This would legally allow the Union army to keep the slaves as freedmen able to work for a wage and support Union troops.

This tactic was also aimed at further destabilizing the southern economy. Word quickly spread in the southern states that if you were able to escape your slave owner and avoid capture from slave hunters, you could reach the Union line and become a freedman. This led to an increase in runaway slaves that would find their way to the Union army, numbers that are estimated to have reached over 125k former slaves.

However, this did not have any bearing on those in border states that had legal slavery. It did not end slavery in any of the northern states or territories either. This decree did not automatically make freedman citizens either, it merely gave them freedom from their capturers. Without any voting or equal rights, many former slaves often escaped to an environment only slightly less oppressive than the one they left.

Still, with all the shortcomings of the actual proclamation, the act did prove very impactful in helping the north win the Civil War. This act laid the groundwork and started a discussion that eventually led to the 13th, 14th and 15th Amendments.

As we engage in work to create a still more perfect union, it is good to recognize these important historical events. It helps us realize that, although all our efforts may not be perfect in achieving our goals and dreams, the continual work towards that perfect union is what makes us one of the greatest nations on earth.

If you would like to learn more about the history and background of the Emancipation Proclamation, please feel free to check out the informational video below.

Let’s continue the work started by abolitionists like Fredrick Douglass and leaders like Abraham Lincoln. Let’s be brave, let’s be bold, and let’s be Better Together.